There has been so much going on in the sports world recently that I haven’t had much time to write about it. I’m too busy watching it and reading about it. Let’s quick-fire some topics around the wide world of sports.

I don’t want to spend much time writing about this lousy team right now. I’ll get back to this subject later this spring toward the end of the season. I’d at least like to recap how crappy the Chicago Bulls year was, from the front office all the way down to the last players on the bench. What a miserable team! From Gar Forman and Coach Hoiberg down to Dwyane Wade and Cameron Payne, it’s been a TOTAL disaster. Have you ever noticed how much time Wade spends on the floor? He literally is always diving and falling, getting knocked down, complaining and whining. It’s maddening to watch. This Bulls team is as dysfunctional as any I can remember in recent memory. As Charles Barkley would say, “Simply terrible & horrible. Michael Jordan must be rollin’ over in his grave.” Orlando Woolridge and Granville Waiters are rolling over in their graves too. Woolridge is literally rolling over in his grave. He died in 2012. Waiters…..

NHL: The Blackhawks are Dominating…..As Usual

Are the Hawks ready to contend once again for the Stanley Cup? I’d like to think so. They have played so wonderfully lately that it’s hard to imagine them losing earlier than the Western Conference Finals. Having said that, hockey is hockey. It’s a strange game. Crazy bounces of a frozen puck on ice that leak between the goalies legs cause much consternation for players, coaches, and fans alike. What the Hawks have already done over the past 7 years is amazing. Now going for their 4th Championship in 8 years (2010, 2013, 2015), Coach Quenneville has this squad primed for another taste of champagne from the beloved Cup on its journey around the World. What’s going great? Everything! The veterans (Toews, Kane, Keith, Artemi Panarin, Richard Panik, etc.), the rookies and youth (Ryan Hartman, Nick Schmaltz, Vinnie Hinestroza, Trevor van Riemsdyk, Dennis Rasmussen, John Hayden, Michal Kempny, etc.), the goalies (Crawford AND Darling), the Minnesota Wild. What’s that? The Wild have finally begun to lose some games, giving the Hawks a 6 point cushion (100 to 94) in the Campbell Conference (check that, NHL Western Conference) standings. Rookies like Schmaltz and Ryan Hartman are getting better as the year progresses. Once the Captain Jonathan Toews regained his scoring touch toward late January, this club has not looked back. Let’s keep it rollin’ guys! Commit to the Indian! Cold Steel on Ice! The Kids Can Play!…..oh wait, I think that was a young White Sox team’s slogan in 2000. Oh well, it works for this Hawks team just as much…..”The Kids Can Play!” You know what, I don’t want to steal from Brooks Boyer so let’s go back to the savvy one, Dennis Savard’s favorite, “Commit to the Indian!” 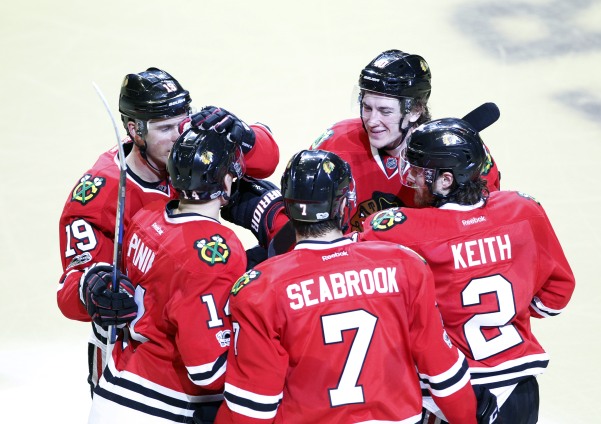 ECSTATIC! That’s the best word to describe how I feel about Illinois Athletic Director Josh Whitman’s hiring of former Oklahoma St. Cowboys head basketball coach Brad Underwood….ECSTATIC! I didn’t always feel this way. On Saturday afternoon when it was first announced, I must admit I shrugged my shoulders and yelled out to no one in particular, “Who???” But then I did the research. Brad Underwood is a great coach. He’s an excellent hire for the Fighting Illini. This downtrodden program needed a shot in the arm and Underwood will provide the needle. Win or lose, this guy will be exciting. Underwood’s teams average a ton of points using his “Pitch-Post” offense. Last year in his one and only year in Stillwater, Oklahoma, Underwood coached the ‘Boys to 85.5 points per game which was 8th highest in the nation out of 351 teams. Out of Power 5 schools, OSU was 3rd in points behind only UCLA and Kentucky who just happen to play each other Friday in the Sweet 16. Underwood’s philosophy is to shoot in the first 7 seconds of each possession. He’s been preaching his offense as an assistant coach to his head coaches for years at outposts such as Western Illinois, Kansas St., and South Carolina. When he finally was promoted to Head Coach at Stephen F. Austin after the 2013 season, he destroyed his competition. He went 89-14 overall at SFA, 53-1 in the Southland Conference. 53-1 over 3 seasons!!! He won 2 NCAA Tournament games in 3 appearances. They won as a #12 seed over #5 seed VCU in 2014. Then in 2016, as a #14 seed they upset #3 seed West Virginia in the 2016 Tournament. Remember that SFA dude named Thomas Walkup? He rocked! 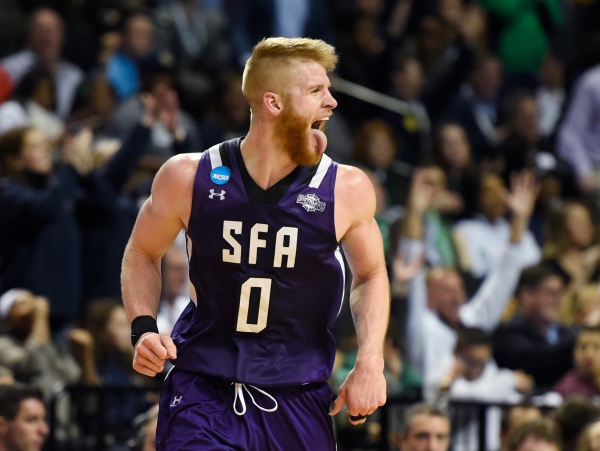 If Underwood did that at Stephen F. Austin, you know his system worked. He then moved up the coaching ranks, moving from the Southland Conference to the Big 12 Conference, taking the Oklahoma St. job just one year ago. He improved the Cowboys from 12-20 (3-15 conference) to 20-13 (9-9). Before Underwood, OSU was 10th in Big 12 scoring at 66.5 ppg. They vaulted to 1st in scoring at 85.5. Underwood believes in more than just quick shooting. He believes in creating more possessions for his team by creating turnovers and corralling offensive rebounds. His system works! So what we know is that Underwood wins with the players he’s given. What we don’t know is whether he can recruit. We DO know he can coach. If Underwood recruits as well as he coaches offense, watch out! Illinois will return to Big Ten dominance. Even if Underwood doesn’t recruit as well as a Bill Self, he might win anyway. But how much will he win? In the B1G, he’ll need to recruit at least decently to become the program he and us want in Champaign. Will Assembly Hall (State Farm Center) get an energy boost? Will the home court advantage return with the “House of ‘Paign?” I think so, but I also thought John Groce was going to be great. Nonetheless, I firmly believe that Brad Underwood is the right man at the right time for the Illini. Believe me. We Will Win! I’m through the roof right now about Underwood! Buy your Orange Krush shirts!  #WeWillWin

I watched a ton of games last weekend as you’d imagine. I must say that I think the 2017 Tournament has been sub par so far. Most games have been blowouts or those 7-8 point differences that require constant fouling in the last minute. The games have been dragging. Where are the buzzer beaters? I’m not sure I’ve witnessed any. Where are the overtime games? There hasn’t been one OT game yet! Let’s hope the Madness returns to March starting tonight with the Sweet Sixteen matchups. Here are my predictions:

That’s all for now. Next week the Dutch Lion will go deep on baseball including the World Baseball Classic, which was indeed, classic. And oh yeah! The Dutch Lion has friends. Who do they cheer for? Check it out in next week’s “Reid ‘Em & Weep”.