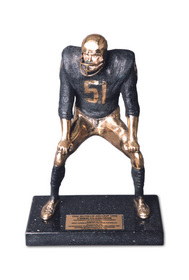 What time is it? Game time!…..
No it’s not. Actually, it’s time to analyze our rosters now that we’ve hit the NFL Early Entries deadline. Here’s a list of who we lost to graduation and to the NFL Early Entry declarations. There were a total of 95 early entries this year. For us, that produced 33 Butkus Leaguers that went pro early. That’s an average of 4 per team. It might be normal (I don’t know, I’d have to go back and do the research) but it feels like more than usual. To be honest, not many of us have very good teams right now.
As a bonus, here’s my current Power Rankings based on 2016’s success combined with returning rosters. Remember, this is NOT a prediction of our 2017 finish. It is simply a qualitative analysis of the current rosters. In simple terms, it’s my opinion of how good your roster is in relation to other teams. Plus, it’s based on your 2016 effort and finish. It’s a fluid ranking that may change after Spring Ball and definitely after Fall practices start in August. Here we go….. 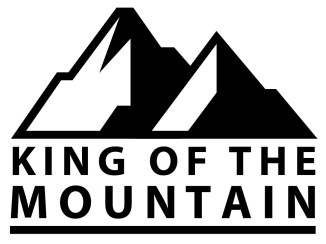 #1 and “King of the Mountain” Derek
How can we not vault Derek back up to #1 in the Butkus League rankings? He’s the Champ once again after finishing in 5th Place in 2015 (regular season). This time he left a new challenger in his dust (Dave) to earn his incredible 12th Championship. This is getting ridiculous. You know how Yahoo has their Fantasy Sports Hall of Fame? Someone should nominate Derek. Great job buddy. And your roster looks stacked again after only losing a total of 7 players this offseason. Your probable starters (highlighted below) give you a great nucleus going into ’17.
Lost to Graduation (4): RB Joe Williams, WR Austin Carr, WR DeDe Westbrook, K Conrad Ukropina
Early Entries (3): QB Mitch Trubisky, RB Jeremy McNichols, WR Josh Malone
Returners (16) – (With probable starters in bold)
QB (7): Shane Buechele, Sam Darnold, Eric Dungey, Nick Fitzgerald, DeAndre Francois, Justin Herbert, Kyler Murray

#2 Reid
Reid moved up from 6th Place in 2015 to 4th in the ’16 regular season with a 3rd Place Bronze Medal and Rice Bowl victory. Can he complete his “forever and ever” Championship destiny in ’17? Magnum, P.I. thinks so……..but he looks concerned about his team’s health, including Dick Butkus’ shoulder. Losing 12 guys is a challenge but I think I’m up for it. The 11 guys I have left are pretty good led by Browning and solid depth at RB. I’ll be right there in the Playoffs in ’17. Book it Johnny “Red” Kerr! The bigger question is what seeds will D and I be? Will we face each other in the Playoff Semis or the Butkus Bowl? The countdown begins, and it’s only January. 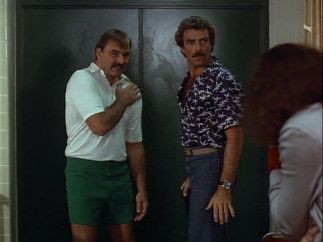 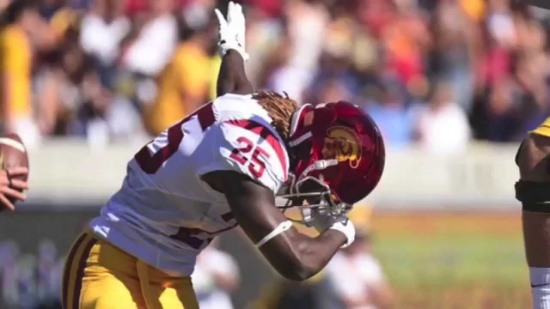 #4 Mike
Lost in the wilderness, Mike is looking for a way out. Can these young bucks produce and lead you out of the dark forest? Your roster actually looks pretty solid. If I had this talent I would have high hopes. Do you agree? I mean, you already have a decent Opening Day lineup. But how many of these guys will you trade before Week 1? I’m guessing you’ll make a “wow” trade on Draft Day that might actually help your opponent more than you. Nonetheless, you’ve earned 4th Place in my Offseason Rankings. Enjoy! PS Wanna make a trade?
Graduation (3): QB Kurt Benkert, WR Amba Etta Tawo, TE Nate Iese
Early Entries (2): RB Joe Mixon, RB Curtis Samuel
Returners (18) –
QB (4): Jesse Ertz, Jalen Hurts, Josh Rosen, Brett Rypien

#5 Jon
After Jon’s dramatic Championship in 2015, he tried to hold on last year but couldn’t get it done. He dropped to 5th Place in the regular season and finished 6th in the postseason after losing to Brian in the Consolation Championship. What is Jon’s future?…..a likely fall back into mediocrity after losing an inordinate amount of players this offseason. Look at the talent he lost! Welcome to” Heartbreak City” Jon. You just entered the city limits. However, you do have some nice QB’s to build the foundation of a house. Can you afford the mortgage though? I doubt it. You may need to rent out an upstairs bedroom to have a chance to compete in this neighborhood. I see your mother moving in….or better yet, your mother-in-law. And we all know how that goes…..
Graduation (3): WR Josh Reynolds, WR Fred Ross, TE Jake Butt
Early Entries (7): QB Brad Kaaya, RB James Conner, RB D’Onta Foreman, RB Leonard Fournette, RB Samaje Perine, WR Malachi Dupre, WR ArDarius Stewart
Returners (13) –
QB (4): J.T. Barrett, Drew Lock, Baker Mayfield, Mason Rudolph
RB (5): Tony Brooks-James, B.J. Emmons, Royce Freeman, Chris Evans, Chris Herrien
WR (3): Shay Fields, J’Mon Moore, Kavontae Turpin
K (1): Michael Badgley

#6 Dave
Oh no! I’ve seen this before……Look at the heavy talent losses! Most of your contributing talent is gone. They either had to go or “chose” to go. Seriously, all 10 guys that are listed below were big-time point scorers. This reminds me of the evacuation of Dunkirk after Great Britain successfully got their troops “the hell out” in the early stages of WWII!!!! Nobody was left on the shores in 1940 because they were all rescued, or dead. Dave, like Winston Churchill before him, hopes this transition leads to a future victory in 2017 or beyond. For those that need a history lesson, out of the ashes in a dim time the Allies completed the mission in 1945 so that’s 5 years later if you’re counting at home. Can Dave complete the mission in 2021? Well, with the advanced technology making our world ever faster, I’ll place my bet on the “under”. Of course, what do I know? I’ve been betting on myself since the Summer of 1999 with no bets to be cashed yet…..18 years later! In 2016, you were clearly one of the top 2 teams. You almost won the Real Championship (falling by 44 points). Moving forward, I’m sorry Dave but I can place you no higher than 6th Place.
Graduation (3): RB Corey Clement, WR Bug Howard, WR Gabe Marks
Early Entries (8): QB Jerod Evans, QB Patrick Mahomes, RB Wayne Gallman, RB Chris McCaffrey, WR KD Cannon, WR Chad Hansen, WR Travis Rudolph, TE Bucky Hodges
Returners (11) –
QB (5): Austin Allen, Blake Barnett, Luke Falk, Malik Henry, Nic Shimonek
RB (4): Bryce Love, Alexander Mattison, Benny Snell, Rawleigh Williams
WR (1): Ahmmon Richards
K (1): Daniel Carlson

#7 Brian
Great 2015 season as the “Real Champion” but took the usual step back (like most great teams) in ’16 after trying to replace tons of talent. Can Brian improve in ’17 from his 6th Place finish (5th Place postseason) in ’16? Brian did win the Consolation Championship so he has the 1st pick in the Draft to use as his ante. But your outgoing talent will be a challenge to replace. These guys are big time pro prospects. It’ll be hard to replace Russell, Watson, Cook, and Sperbeck. For now I’ll place you in 7th but we know you can do it. You’ve done it before.
Graduation (4): QB Seth Russell, WR James Quick, WR Thomas Sperbeck, TE Cole Hikutini
Early Entries (4): QB DeShaun Watson, RB Dalvin Cook, RB Alvin Kamara, RB Devine Redding
Returners (15) –
QB (6): Kelly Bryant, Jarrett Guarantano, Kenny Hill, Steven Montez, Shea Patterson, Wilton Speight
RB (6): Markell Jones, John Kelly, Kennedy McKoy, Sony Michel, Dedrick Mills, Devine Ozigbo
WR (2): Deon Cain, Taj Williams
K (1): Gary Wunderlich

#8 Jeff
Until he proves something with this squad, I’ll have to leave Jeff in 8th Place. I bet he’s pumped to compete in ’17 and hopefully move up in the standings. You grabbed some excellent young prospects in ’16. Will they emerge like you are hoping? I could see you making a run given your managing skills. On the other hand, I’m sorry but I must point out your Week 8 Waiver drops. Can anyone think of a worse pair of drops in one week than Bo Scarbrough/RB/Alabama and Ronald “RoJo II” Jones/RB/USC? Doh! That’s gotta sting.
Graduation (0)
Early Entries (1): TE David Njoku
Returners (22) –
QB (8): Jett Duffey, Will Grier, Tyler Hilinski, Trace McSorley, Zach Smith, Clayton Thorson, Manny Wilkins, Brandon Wimbush 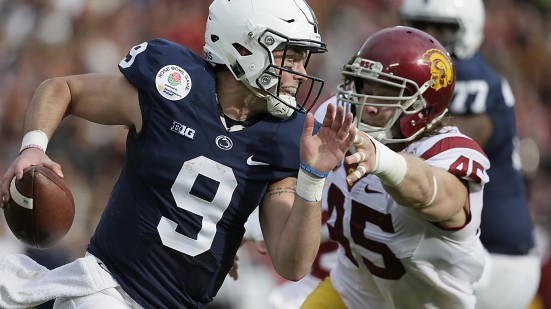 As usual your comments, questions, and retorts are greatly appreciated. Please respond with your own version of rankings should you disagree with mine. PS I heard there’s a movie about Dunkirk coming out soon starring Tom Hardy. Look for it in your grocer’s freezer! (or in your local movie theater this July)