The Chicago Cubs head into the MLB Playoffs after completing an historic 103-58 regular season record this year. The Chicago White Sox had yet another disappointing season, finishing at 78-84. So why do I think the Sox were almost as good as the Cubs this year? Before you get crazy, let me explain.

Now that the 2016 season is over, I went to http://www.baseball-reference.com to conduct some statistical research. I was shocked (not really since I’ve been theorizing about the weakness of the National League for years) to learn that the Chicago Cubs played 105 games against teams that were under .500. In other words, they played two-thirds of their games against losers. The Cubs dominated those games. Give them credit. They went 72-33 against those loser clubs. In many cases, those teams are tanking. Those teams are in the rebuilding stages. You know that stage very well if you’re a Cubs fan. You lose on purpose to get high draft picks. The Cubs finished in 5th place five years in a row from 2010-2014. You build up your farm system with young players that will either pan out for your big league club someday or you use them as trade bait to land already proven veterans such as Aroldis Chapman. That’s the modern game.

Don’t get me wrong. The professional players on those tanking teams are not trying to lose. They are playing hard for themselves and their teammates but frankly they aren’t good enough or there are not enough “good” players to win games. Management knows this and hopes they struggle. Think “Major League” where those bottom feeder Indians got fed up with their Owner and foiled her plan by winning in spite of her! 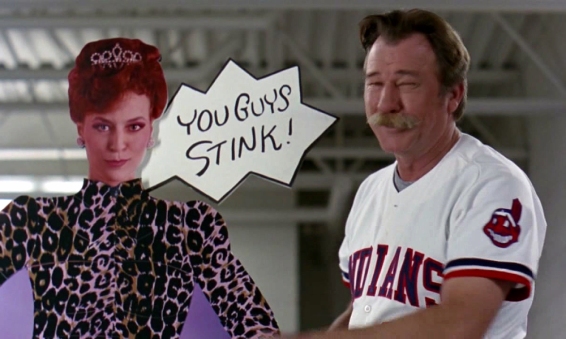 These General Managers might say all the right things but let’s be honest…..this is exactly what Cubs GM Theo Epstein did for several years to rebuild the Cubs farm system. Now we’re seeing the results of that experiment. Other organizations are seeing it too, believe me. Now they are the ones tanking and basically giving free, easy wins to the good teams such as the Cubs. It’s all a cycle.

The Cubs played 56 games against teams that were .500 or better. Nobody in baseball played less games against winners than the Cubs. So in that regard the Cubs had the EASIEST SCHEDULE IN BASEBALL! In those games, the Cubs only went 31-25. That is an average record, a little better than mediocre. For a comparison, the Texas Rangers went 60-31 against winners. Wo! That makes me respect the Rangers and their postseason hopes. But is it predictive of playoff success? Who can say? The Cubs record against the other playoff teams is even murkier. In fact, the water is murky in Wrigleyville. It’s not as murky as Flint, Michigan…but Flint hasn’t had a drought since 1908 either!

This is a good Cubs team that is going to the playoffs. They dominated their division. However, their competition level reminds a college football fan of a Big Ten team playing an FCS opponent. If this were college basketball, it would be like Kentucky playing Towson St. (no offense Towson). If this were the NBA, it would be like the Golden State Warriors playing the Bulls……no not those BULLS rather their NBADL development league team the Windy City Bulls! When you think about it, baseball has no parity anymore. There is no salary cap to entice parity like the NFL. With the modern rules, MLB is really rewarding tanking. The 2016 Cubs schedule was so poor that I’d argue it was misleading at best and unfair at worst.

Do you see the disparity from the North Side to the South Side? How can we attribute that crazy difference? Well, the American League is a far superior league to the National League. The AL has more contending teams. They have more teams trying to win. The NL has more tanking teams. The disparity in NL wins is 35 (from 68 to 103). There were three teams with just 68 wins (Braves, Reds, and Padres), another with 69 wins (Diamondbacks), another with 71 wins (Phillies). The Brewers had just 73 wins. The Rockies won 75 games. That is a total of 7 teams (out of 15 NL teams) that were just plain bad. You could argue all of those teams mentioned were tankers. There is no doubt at least 5 National League teams were 2016 tankers (Braves, Reds, Padres, Phillies, Brewers).

To recap, the AL had 11 teams trying to win and only 4 real tankers. The NL had only 8 teams trying to win and up to 7 tankers. That’s HALF THE LEAGUE! While the Cubs took advantage of those teams and won games they should have, the Sox were scuffling all season as they were challenged 56 more times than their North Side rivals. 56 more games against winning teams! That explains a lot. The Sox have their problems, there is no doubt but it doesn’t help them that they couldn’t rest their bullpen or they couldn’t earn some easy victories against subpar teams. In reality, the Sox are much closer to the Cubs than one might think. Put the Cubs in the AL and they might be a 90 win team. Put the Sox in the NL and they might be an 85 win team. Who knows? If you took the league average record against winning teams which was 38-47 (85 games) and added 29 more hard games for the Cubs (56 + 29 = 85 league average) and subtracted 29 easy games from their schedule, what would their record be? I’d be willing to gamble a few sheckels that the Cubs record wouldn’t have been 103-58. It might have been more like 90-71. By that same token, if you subtracted 27 tough opponents from the Sox schedule and added in 27 easier opponents, maybe they would have qualified for the Playoffs (112-27 = 85 league average). They would have had to make up 11 games to equal the AL Wild Cards Baltimore and Toronto. It’s possible but not probable. Still, they likely would have won more like 85 games.

What if the Sox made the Playoff field while the Cubs were sitting at home in October? It’s unlikely but we just don’t know due to this strength of schedule disparity. The only real facts we have are: 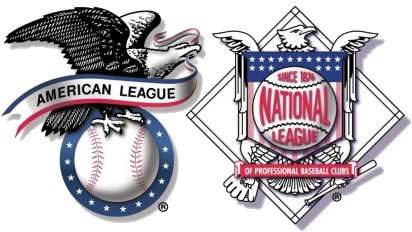 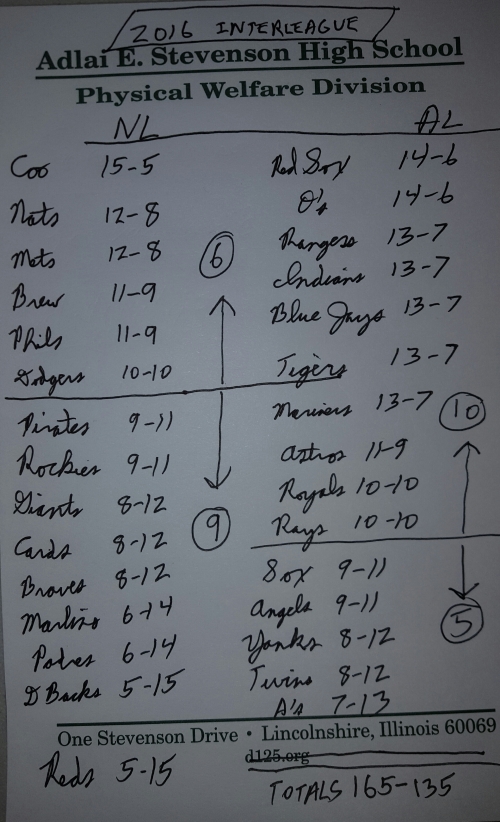 Total record vs all Playoff teams: 17-14

As you can see, the Cubs went 17-14 versus other playoff teams. This should be a cause for concern. The concern is twofold: that the Cubs only played 31 games all year vs playoff teams…..and that they just barely won more games than they lost.

Overwhelming evidence supports my theory that the Cubs are not as good as you think. Their 103 wins are “not your father’s 103 wins”.

Bottom line is, they won enough to make the Playoffs and now they have a chance to prove me wrong. Maybe they will just do it. The statistics say it will be a bigger struggle than many diehards and bandwagon jumpers want to believe. Now the heat is turned up as the temperatures fall. The Cubs wake-up call rings on Friday night. Will they answer? So tap the brakes on your Cubs enthusiasm. Better yet, slam on the brakes because a storm is brewing…..and the clouds are looming at Wrigley.