Call me surprised. Call me shocked, even. The Chicago Bears (3-2) went out West and beat the Las Vegas Raiders (3-2) by a score of 20-9 to move over .500 for the 2021 season. Last week we predicted the Bears would lose this game to a better team. We thought the Raiders were pretty good and wouldn’t be affected by a short week of practice as well as the Jon Gruden distraction. We were wrong. 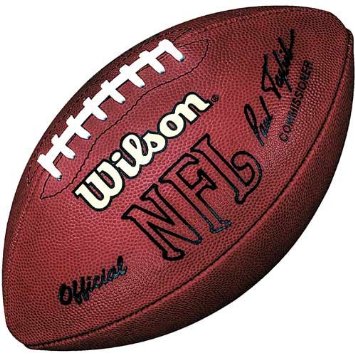 K #2 Cairo Santos – Cairo Santos has made 34 consecutive field goals! That’s a Bears franchise record (NFL record is 44). This guy has quietly solved Chicago’s former kicking woes. Remember the struggles with Cody Parkey? Those are forgotten…. for now. Of course, Nagy probably will lose all confidence in the kicking game the second that Santos misses one single kick. Remember all of those bypassed kicks in the opener at Los Angeles? I’ll never understand that 4th and 15 conversion attempt when Chicago was in field goal range and only down about 10 points against the Rams. What was Nagy thinking!?! For now, enjoy the streak and pretend that he’ll never miss again… ever. Ever. Ever.

OLB #52 Khalil Mack – Mack was all over the field on Sunday. He has a personal grudge against the Raiders and is always out to prove they were wrong for trading him away in 2018. The stats don’t even tell all of the story. They never do with Mack but he still totaled 8 tackles (7 solo) and 1 sack. Another great game for Mack which was a big reason the Bears were able to pull off the upset in Vegas.

I’ve got to admit, the Bears surprised me with last week’s performance. Can they do it again? This week Green Bay travels south to visit Soldier Field. First place in the NFC Norris (North) is on the line. I love when these rivalry games are important. Bears/Packers is almost always important. How is Green Bay doing after their disastrous season opening 38-3 loss at New Orleans? Since then they’ve won four in a row. Will they be able to extend their streak? Or will the Bears continue their modest two-game streak?

The experts at Sportsbettingdime.com use a formula that predicts Green Bay winning easy, by a score of 29-17, thereby covering the 5.5 point spread. Last week they correctly predicted a Bears upset over the Raiders so we definitely think they’re a solid resource. After analyzing the numbers at Football Outsiders, I’m surprised to see Chicago ranked as the 5th best defense in the NFL and wonder if another upset is in the offing.

Somewhere the 1972 Miami Dolphins’ old fogies are lighting up their cigars in celebration of Dutch Lion’s first loss of the 2021 season. That’s ok. Let ’em celebrate!…. It could be their last.

Seriously, we were wrong about the Bears, at least for one week. Maybe they’re better than we thought. Chicago is now 3-2 and fighting for first place. They deserve some credit. Even Coach Nagy. As bad as we think he is, at least he gave the playcalling duties to OC Bill Lazor and it has worked, for two weeks. Not that the offense is putting up numbers but they are playing complementary football to achieve victories against some bad teams. Believe it or not, now Chicago could achieve the top of the Norris with a victory on Sunday. Unfortunately the Packers have their number, winning 19 of 23 games since 2010.

Green Bay is favored by 5.5 points. The Bears are at home in Soldier Field. This will be rookie QB Justin Fields first experience of Bears/Packers week. We’re unsure about this prediction. Can you tell we’re delaying?

Ultimately, we can’t pick the Bears to beat the Pack until they prove it. We’ll believe it when we see it. Go ahead and prove us wrong. PICK: Green Bay