The NBA Playoffs are back and we’re finally ready to make some predictions. We didn’t prepare in time for the First Round this year (and barely the Second Round) but that’s fine because we figured there wouldn’t be any upsets, and there weren’t, so far. Now that we’re into the Second Round, otherwise known as the Conference Semifinals, it gets serious. Here we go!

Milwaukee had a great year. They earned the #1 seed with the best record in the NBA at 60-22. They swept their 1st round opponent, the Detroit Pistons. But now that they’ve won their first NBA Playoff series since reaching the Eastern Finals in 2001, they must take a big step up by facing the experienced Boston Celtics. Boston was 49-33 this year and likewise swept their 1st round opponent, the Indiana Pacers. The Celtics are deep. They have six players averaging over 10 points per game. Kyrie Irving is their guy. He’s fantastic and makes incomparable Nike shoes. His shoes are clearly the greatest basketball shoes I’ve ever worn. Seriously. Anyway, back to basketball. Al Horford is a strong team player. They have creators like Gordon Hayward, Jayson Tatum, and Jaylen Brown. Marcus Morris and Terry Rozier are two more dudes giving high fives after dominant plays. Meanwhile, Milwaukee has “The Greek Freak” Giannis Antetokounmpo. He might win the MVP Award after leading the Bucks to a surprising year of 60 wins by averaging over 26 ppg, 12 rpg, 3.5 apg, and 1.5 blocks/game. Milwaukee is deep too. They have nine players getting over 15 minutes per game. Let’s be honest….. this series is hard to predict. I actually think this will be a tight seven game series. I’m sorry Milwaukee but I’m taking Boston in 7.

The Raptors franchise made some heavy moves prior to this season. They shipped DeMar DeRozan south to San Antonio in exchange for the disgruntled Kawhi Leonard. Everyone seems happy now that Toronto won 58 games while earning the #2 seed, except Spurs Coach Greg Popovich. He still seems like a crab. Coach Pop is crabbier than a crabby patty on dry land. Seriously, his interviews are so unprofessional. He acts like a complete jerk. Why do people, both media and fans, put up with that jackass? Anyway, Toronto has a really talented roster besides Leonard (27.8 ppg) too. Pascal Siakam (16.9 ppg), Serge Ibaka (15.0), Jonas Valanciunas (12.8), Fred Van Vleet (11.0), and Danny Green (10.3) are all capable scorers. Don’t forget about Kyle Lowry (11.4) who seemingly has been north of the border forever . Has he gained Canadian citizenship yet? How does that work anyway? You don’t hear much about foreign-born players gaining citizenship. One guy I do remember becoming an American was former White Sox shortstop and Manager Ozzie Guillen. Guillen grew up in Venezuela (and still talks like it….haha!) and then passed the United States citizenship exam and went about it the right way in 2006. He was proud to become an American and we love him for it. Toronto is really good but Philadelphia is better. They are loaded with talent: Joel Embiid, Jimmy Butler, Ben Simmons, J.J. Redick, etc. I’m taking Philly in 6 games!

This reminds me of the NBA Game of the Week in the 80s. It was on Sunday afternoons after church……starring Dick Stockton and Tommy Heinsohn. The NBA on CBS! Their opening theme got me pumped up!………. “Dr. J. and his Sixers travel into the Boston Garden looking for revenge as they face Larry Bird and the World Champion Boston Celtics, today on the NBA on CBS!” This series has the potential to be fantastic. Boston didn’t play great in the regular season but now that Gordon Hayward has had some time to get back into midseason form, I think the Celtics are the team to beat. I shall pick Boston in 7 games!

This could be the series of the year. I watched the first two games and even though Golden St. is up 2-0, I feel that Houston will prevail. The “Dutch Lion” may be an idiot but there’s something wrong with Golden St. and there’s something awesome about the Rockets. The home-court advantage is important, and the Warriors will be playing home at Oracle in Games 5 and 7 (if necessary). Going back to Houston for Game 3 will be integral for the Rockets. They need “The Beard” James Harden to regain his vision that was lost on the inadvertent mauling by Draymond Green in Game 2. Houston somehow hung in there and almost pulled off an upset victory despite the fact “The Beard” was less than 100%. My prediction: The Rockets win Games 3, 4, and 6 at home. Can they win Game 5 or Game 7 at Golden St.??? I’ll put money on Houston. Why not? Gary “The Gut” would be proud. Rockets in 7!

Denver was possibly the most surprising story of the regular season. Led by 7 foot Center Nikola Jokic, the Nuggets went 54-28 to earn the 2nd seed in the West. Portland was just one victory behind them at 53-29. Their star is PG Damian Lillard. “Dame” is a star. I think he’ll lead Portland to the upset in this series. This series is really fun to watch. Check out the games I’ll predict Portland in 6 games!

Once Houston gets past Golden State, there is no stopping their rocket ship. Their journey over the last couple years has been more like a freight train. You may recall they dominated last regular season and easily could have won the Western Finals Game 7 vs the Warriors but they came up just a little bit short. Had they won that game, Houston was likely going to dominate Cleveland, just as Golden State did last June. Nonetheless, that’s a “What If” game we can play forever, never knowing for sure. This year, I don’t see anyone stopping Houston. Houston in 5 games!

Shades of 1986! Right? When you see Houston vs Boston don’t you think of the 1986 NBA Finals starring Kevin McHale, Bill Walton, Robert Parish, Dennis Johnson, Danny Ainge, and of course, Larry Bird vs Ralph Sampson and Akeem (before he was Hakeem) “The Dream” Olajuwon? Hey wait a second, haven’t we done this before? Last year I predicted Houston vs Boston. It ended up being Cleveland vs Golden State for one final time….. BORING!

Ok, so we were off by one year. No problema. James Harden is quickly moving up the charts of all-time great players. Harden scored 36.1 points per game this season. That’s amazing! The last dude to score that many ppg was……Mike Jordan in 1987 (37.1 ppg). “The Beard” scores at will. He’s unstoppable! His 36.1 ppg was the 8th highest scoring season in NBA history. Five of those seasons that were higher were achieved by Wilt Chamberlain in the 1960’s, one by Elgin Baylor in ’62, and Jordan in ’87. So what does this say about Harden? It says he’s one of the greatest scorers in basketball history.

Not only is Harden having an historic season, but this Rockets surrounding talent is more than enough to get a champagne showering presentation of the Larry O’Brien Trophy. Chris Paul, Clint Capela, Eric Gordon, P.J. Tucker, Gerald Green, and Kenneth Faried. Watch out for Austin Rivers too. Doc’s son is improving. Even Nene Hilario can provide some solid minutes. Led by Head Coach Mike D’Antoni and his revolutionary system, I think the Rockets will get it done. I’ll pick Houston in 6. The Rockets shall win their first NBA Championship since 1995.

That’s all for now. Enjoy the games!!! Good night and good luck. 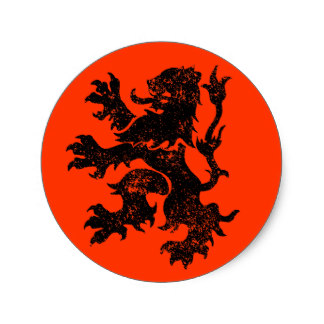