The Chicago Bears (3-11) lost to the Green Bay Packers (8-6) 30-27 on Sunday afternoon at Soldier Field in what turned out to be a really great game. Tied 10-10 at halftime, Green Bay took a big 17 point lead (27-10) by the end of the 3rd quarter. Chicago came all the way back to tie the game at 27 as they kicked a FG with just 1:19 to play. But then you know what happened……Aaron Rodgers pulled the bunny out of his magic hat, throwing a bomb to Jordy Nelson on 3rd and 11 from his own 26 with only 36 seconds left as the ball was snapped. After spiking the ball and killing the clock with 3 seconds left, Mason Crosby made the game winner as the gun sounded. Packers 30 Bears 27……

“It’s the same ol’, same ol’ situation, It’s the same ol’, same ol’ ball and chain, I say No, No, No…No, No, NO!” Thanks go out to Motley Crue for making this one possible. I want to thank Tommy Lee, Vince Neil, Nikki Sixx, and Mick Mars for permitting me to use their lyrics in this column. I enjoyed the conversation today despite the incoherence…..”what’s a Dutch Lion?” Tommy said. “Who are you?” Vince retorted. Whatever guys! It’s all good! No worries….and God Bless in your retirement! 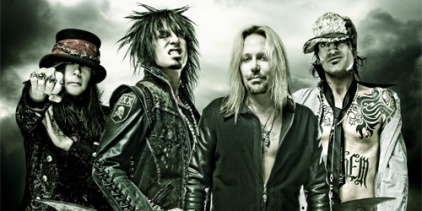 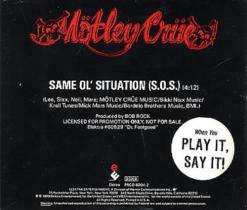 Other musings about Sunday’s game…..

QB #12 Matt Barkley – I know he had 4 turnovers. But how many were his fault? At least 2 of the 4 were not his fault at all. One interception was a Hail Mary at the end of the 1st half. His lost fumble when former Bears DE Julius Peppers absolutely busted up LT #72 Charles Leno and strip sacked Barkley in about 2 seconds flat wasn’t his fault either. It was Barkley’s blind side and there was no trickery or blown assignments. It was simply a horrible block by Leno. Therefore Barkley threw 2 interceptions that could be seen as his mistakes. However, one time Barkley threw down the seam for slot receiver #83 Daniel Braverman but Braverman never looked for the ball. Would a more experienced WR have caught the ball? Questionable……but nonetheless, Barkley was responsible for 1 or 2 turnovers in a close game. The positives that earned him this Game Ball were 30 completions in 43 attempts for 362 yards and 2 TD. He led Chicago to 17 points in the 4th quarter to almost complete a victorious comeback. He threw to #17 Alshon Jeffery 9 times, completing 6 for 89 yards and 1 TD. But it seemed like he barely targeted him until the 4th quarter. What was up with that? Nonetheless, Barkley continued to show progress in his 4th career start. He maybe, just maybe, has a shot to be THE future for the Bears at Quarterback.

WR #14 Deonte Thompson – Thompson recorded 8 catches for a team leading 110 yards. Both totals were new career highs for Thompson, a 4th year receiver out of Florida. He also returned 4 kickoffs for 87 yards (21.8 avg). Thompson was probably the 6th WR at the start of the season and became the #1 WR, at least for one game. When Thompson was in college at Florida, his Head Coach at that time was Urban Meyer. I remember a preseason quote by Meyer when he was asked about the expectations for Thompson as he was penciled in to take over lead receiving duties for the Gators. He said “You think Thompson will be good? He better be”. Many years later, at least for one bitterly cold day, Barkley trusted in Thompson the same way Meyer had years before. Was he good? “He better be”….and he was. 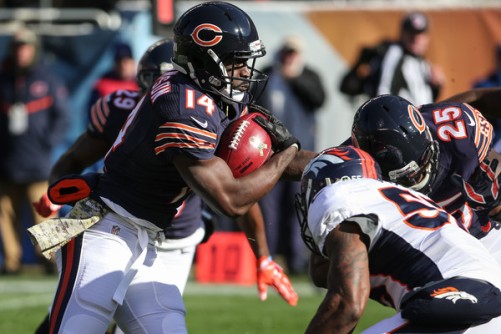 RB #24 Jordan Howard – Howard led the Bears running game once again, this time for 90 yards and 1 touchdown on 17 carries. He scored from the 9 yard line with 7:34 left in the game, putting the Bears within 3 points. Howard has fully established himself as a building block.

CB #30 Demontre Hurst – Hurst had 5 tackles and 1 sack on a blitz. He looked very solid as he helped fill in for the injured Bryce Callahan. Hurst is in his 3rd season out of Oklahoma. Does he have a future in this Bears secondary? He showed me something in this game even if he rarely has prior to now in his brief career.

We’ve talked about Meredith earlier this season. He’s a solid prospect. I think he has a bright future in this Bears receiving corps. Against Green Bay he came up with 9 catches for 104 yards on 13 targets from Barkley. He looks like an athlete that is just beginning to uncover his talent in this his 2nd season out of Illinois State. He’s just 24 years old but he’s already putting up big numbers as a young phenom with 53 catches for 692 yards and 3 TD. Meredith should blend in nicely with Kevin White to form an athletic duo in years to come. 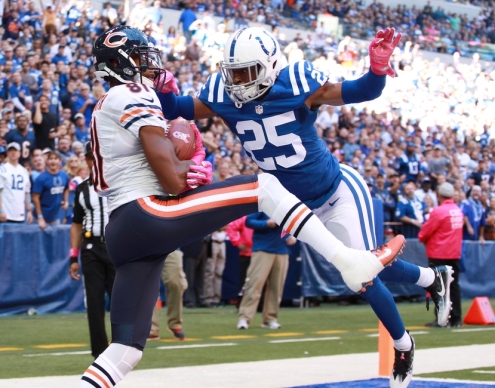 I’m sorry I continue to pick on Paulsen but this dude is a just a turd. Why do I call him “Skunk”? Because he stinks. This guy only played in 13 plays on Sunday but he had a key holding on 1st and Goal from the 3 on the penultimate drive for the Bears. Why? I can’t blame the refs on his hold. He clearly held which penalized the Bears 10 yards, pushing them back to the 13. As it turned out, Chicago never could punch it in and had to settle for the game-tying FG rather than the go-ahead TD. If Paulsen doesn’t hold, do the Bears score? Would Rodgers have won the game anyway? The world will never know. But I DO know that you simply can’t hold there on that play in that situation. There was one time earlier this season, I believe it was the Colts game, in which Paulsen held his defender, then celebrated and talked smack to the guy he held. Sure enough….the ref saw it, called the penalty and took away the touchdown from Jordan Howard (It would’ve been Howard’s 1st career touchdown if I remember correctly). Paulsen’s on my “high-speed bullet train” out of Chicago. “Hey mister, tell me how you really feel?”…….Okay, He’s an idiot and he stinks.

Prediction in Thursday’s Preview : “I would bet the Bears record at least 3 sacks.”

So What Happened? : Bears recorded 4 sacks. Pernell McPhee had 2 sacks. C.J. Wilson and Demontre Hurst recorded 1 sack each. Rodgers scrambled a few times but didn’t move as well or as fast as when he’s healthy.

Prediction : “I will also predict Aaron Rodgers will “earn” at least one personal foul penalty against a Bears defender by complaining to a referee.”

So What Happened? : Sure enough, Rodgers was hit late by DE #96 Akiem Hicks on a pass attempt on the opening drive of the game. It was a pretty cheap call when you rewind and study it. It wasn’t a HORRIBLE call but it wasn’t a very rough hit by Hicks. He simply tackled Rodgers after he had just thrown the pass which ended up being a completion to Jordy Nelson which resulted in a 1st and Goal at the 9. The penalty moved the ball to the 4 yard line where Ty Montgomery took it in on the next play. Did the penalty mean much in the big scheme of things? No. Did it set the tone and continue the theme of Rodgers getting extra protection from the NFL refs? For sure.

Prediction :  As 6.5 point favorites, “I’ll take the Packers straight up (S/U) but the Bears to cover against the spread (ATS). Green Bay Packers 17 Chicago Bears 13”

My Record : 8-6 (I’ve won 5 in a row after a slow start. Can I keep the streak alive? Read my next Preview column later this week.)

There are just two more games for Chicago in 2016. Next up, the Washington Redskins visit Soldier Field for the Bears home finale on Saturday, December 24. The NFL has decided to move most Sunday games to Saturday to avoid the Christmas holiday. So why are they still playing two games on Christmas? Oh yeah, TV money. This NFL needs to acknowledge the problems that they created all for the sake of money. That is a column for another day. For now, get pumped for Saturday!