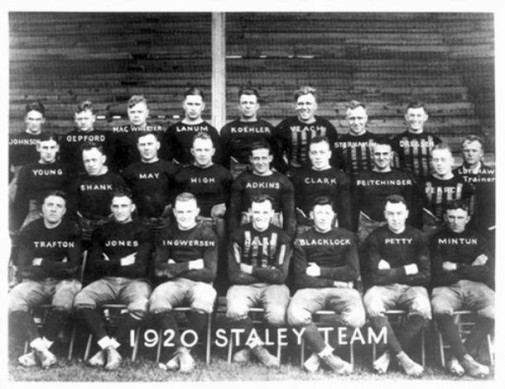 The Chicago Bears (3-13) finally finished their journey toward one of their worst seasons in the history of the franchise that dates all the way back to 1920’s Decatur Staleys. On Sunday, the Bears visited Minnesota’s new U.S. Bank Stadium for the first time and subsequently lost to the Vikings 38-10. The score told us pretty much everything we needed to know about this game. The Bears were dominated from start to finish, turning the ball over 5 times en route to yet another blowout loss.

We learned the Bears will draft 3rd in the upcoming NFL Draft. They “earned” this pick by winning just 3 games, slightly better than the 1 win Cleveland Browns and the 2 win San Francisco 49ers. Chicago’s 3-13 final record is their worst in a 16 game schedule and 2nd worst by winning percentage in any length schedule in Bears history.

WR #81 Cameron Meredith – Meredith cemented his spot as a future star with his play in 2016. In this game, Meredith led the Bears in receiving as he caught 4 passes for 61 yards on 6 targets. He also threw a 2 yard touchdown pass to QB #12 Matt Barkley on a cool trick play called by OC Dowell Loggains. For the season, Meredith led the Bears receiving corps by catching 66 passes for 888 yards and 4 scores. He led the team in all three of those categories as well as targets (96), which he earned by staying consistent and avoiding injuries. Meredith is a local 24-year-old in his 2nd season from Berwyn, IL and Illinois State University. I have little doubt Meredith will be a huge part of GM Ryan Pace’s rebuilding plans. 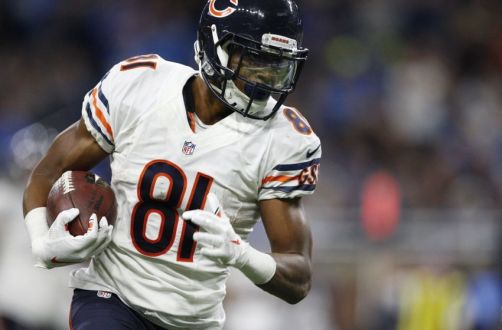 CB #22 Cre’Von LeBlanc – LeBlanc gets a Game Ball for his interception against the Vikings very accurate QB #8 Sam Bradford. Late in the 3rd quarter, Bradford gunned a 3rd and 10 pass toward the end zone intended for WR #84 Cordarrelle Patterson. LeBlanc made a sweet play to cut in front of Patterson and intercept the pass. LeBlanc has been up and down in his rookie year out of Florida Atlantic (FAU) but insiders and teammates say that he intercepts passes ALL THE TIME in practices and easily has the best ball skills and hands of anyone else in the Bears defensive backfield. With offseason improvement, I see Chicago moving forward with LeBlanc as a playmaker to build around to form a young defensive core along with OLB #94 Leonard Floyd and DT #91 Eddie Goldman. Most of the other guys…..I’m not so sure about yet. For instance, the entire DB room (outside of LeBlanc) might need to be revamped.

In case you didn’t know by now, Jordan Howard is good. Along with Meredith, RG #75 Kyle Long, TE #86 Zach Miller, and WR #13 Kevin White, the Bears have some young pillars for their offense to build on. Howard was a revelation as a rookie in 2016. He came on like a bolt of lightning, although we may agree that Howard was more like thunder if you had the pleasure of watching him play. The guy simply blows through defenders. He is a power back, yet he also has some speed. In this Minnesota game, Howard carried the ball 23 times for 135 yards. So in his two games vs Minnesota this season, Howard combined for 288 yards and a TD (5.9 ypc) against Minnesota’s dominating defense. What!

Howard finished his rookie year as the NFL’s 2nd leading rusher with 1313 rushing yards. I know! Who would’ve guessed a rookie 5th round draft pick that didn’t even play in Week 1 at Houston would have finished the year as the 2nd leading rusher in the entire league!?! It is truly amazing. Howard finished 2nd behind only the 4th overall pick Ezekiel Elliott from Dallas (1631 yards). However, Elliott had 70 more carries with a 5.1 ypc average. Howard finished 4th overall amongst RB’s that had at least 100 carries with a 5.2 ypc. In reality, Howard was 2nd best in rushing average with that 5.2 ypc behind only Buffalo’s LeSean McCoy’s 5.4 ypc because both McCoy and Howard had well over 200 carries while the other two had only about 100 carries. Simply astounding! These numbers are outstanding, surprising, and a reflection of the Bears Offensive Line as well. Maybe that OL is developing better and faster than we may have guessed.

Matt Barkley played poorly again against Minnesota, finishing 10-14 for 125 yards with 2 interceptions and a lost fumble. In 7 games (6 starts), Barkley completed 129 of 216 passes for 1611 passing yards, 8 TDs, and 14 INTs. In my view, Barkley shows promise but he was obviously very careless with the ball, especially over his last three starts where he threw 10 of his 14 interceptions. He also lost 2 fumbles in that span for a total of 12 turnovers in his last 3 games! That’s awful. However, I think Barkley showed enough arm strength, command of the offense, and leadership skills to provide at least an option for GM Ryan Pace moving forward. I still think going into 2017 the Bears draft/trade for a QB at the NFL Draft, bring back Barkley, and give a shot to one of the following QB’s: David Fales, Connor Shaw, or Brian Hoyer. Let’s provide a hypothetical situation…….Pace drafts DeShaun Watson at #3 in April’s Draft. They should throw Watson, Barkley, and Fales into a competition at Bourbonnais and see what happens. You never know, Barkley could beat out Watson for the starting job at least for 2017. Then Watson would be the likely starter in 2018 and beyond. I would advise to NOT give up on Barkley. Remember the guy only starting practicing with the starters (or what was left of the starting unit) during Thanksgiving week. He showed enough promise to warrant a chance moving forward. 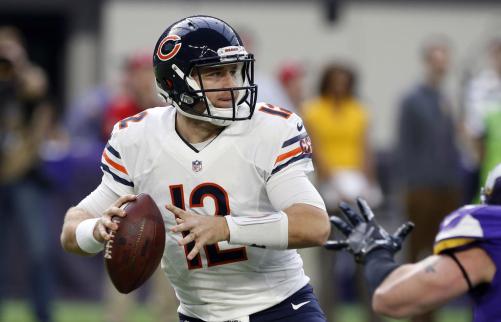 Paulsen is on my “Thumbs Down” list….again! This is Paulsen’s unprecedented 3rd nomination of the season (Colts, Packers, Vikings). He STINKS….like a skunk! Paulsen was once again called for holding. He does it almost every week. GET RID OF HIM NOW! Pace should call a press conference and all the media will suspect that HC John Fox is getting fired. Instead, Pace should walk out there in front of the media and say: “We just waived Logan Paulsen because he stinks…..like a skunk! That’s all….just wanted everyone to know how bad he stinks.” Now THAT would be a press conference that would rival the infamous Dennis Green’s “They are who we thought they were” podium-damage-rant post game press conference. 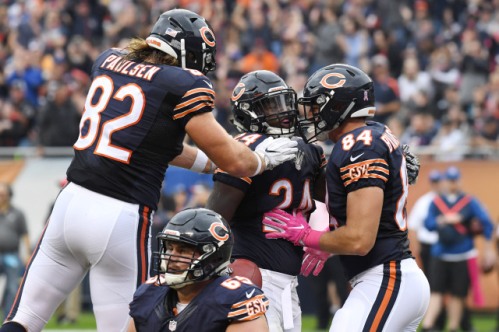 Prediction in Friday’s Preview : “If there is any motivation in this game, it’s that the Vikes don’t want to “go out like that” against a division rival in front of their home fans on New Year’s Day. Plus, they’re just simply better.

My Record : 10-6 ((I won 7 in a row to finish the season at 10-6! Normally that record is good enough to get a team into the playoff field (except for Lovie Smith in 2012 in what turned out to be his last season). Too bad my predictions won’t get the Bears into the Playoffs. We both had slow starts, but luckily I recovered to finish strong. The Bears…..not so much.))