The Chicago Bears (3-12) will close out their 2016 campaign as they visit Minneapolis to take on the Minnesota Vikings (7-8) on Sunday. Sunday also happens to be New Year’s Day so we’ll kick off 2017 by closing out 2016. This is the Bears first ever trip to the Vikings new home, U.S. Bank Stadium. With very little to play for, this game is hard to predict for both squads. For the Bears, it will probably be more of the same, tracking these young players to judge if they have a future in 2017 and beyond. For the Vikings, it will be the end of a once promising season that started 5-0. Since then, they’ve gone 2-8. The clouds were there during the 5-0 start, gathering overhead (injuries to both starting QB Teddy Bridgewater and RB Adrian Peterson). After a Week 6 bye, all of a sudden the clouds burst, pouring rain all over the Vikes party. It was like when you’re out on the golf course on a beautiful summer day but then very suddenly the dark storm clouds dampen what was sure to be your greatest round ever. The Bears provided part of the deluge, giving Minnesota their second straight loss in Week 8, 20-10. It was probably Chicago’s best overall game of this 2016 season. Do you remember that one? It was Monday Night Football on Halloween. Jay Cutler played awesome with a 100.5 QB rating. Jordan Howard dominated with 153 rushing yards. The defense crushed Vikings QB Sam Bradford, sacking him 5 times. Ahhh, the good ‘ol days.

We’ve overlooked this Bears Offensive Line for the most part in 2016. Early on, we mentioned how the lack of cohesion was hurting the team immensely. However, they’ve been quiet since October. The last time I remember thinking the OL did a really poor job was the Tampa Bay game on November 13. When you think about it, despite losing their best lineman RG #75 Kyle Long in that Tampa game, they’ve been really good. Part of it is the competition. Since that horrible loss at the Buccaneers, Chicago has played a bunch of “ne’er do wells” in Tennessee, San Francisco, Detroit, Green Bay, and Washington…..not among the most vicious defenses in the league. How about the run blocking for rookie RB #24 Jordan Howard? Howard has somewhat quietly put up 1178 rushing yards, the 7th most yards in the league! As a team, the Bears are 19th in the NFL in rushing yards, 13th in passing yards, and 13th in total yards. Those aren’t lousy numbers considering the Bears are on their 4th starting QB along with an injured starting TE, an injured 2nd and 3rd WR, and of course….Kyle Long. Overall this OL has done quite well for itself given the circumstances.

So let’s put our hands together for LT #72 Charles Leno, LG #71 Josh Sitton, C #65 Cody Whitehair, RG #62 Ted Larsen, and RT #70 Bobby Massie. They’ve grown together as a unit, despite missing their bell-cow Kyle Long. In this game, I’m looking at the entire unit to see what they can accomplish versus a solid Minnesota front seven. The Vikings are 4th in the NFL in sacks with 39. Can the Bears block these Vikings such as DE #96 Brian Robison, DE #97 Everson Griffen, NT #98 Linval Joseph, OLB #55 Anthony Barr, MLB #54 Eric Kendricks, and OLB #52 Chad Greenway? 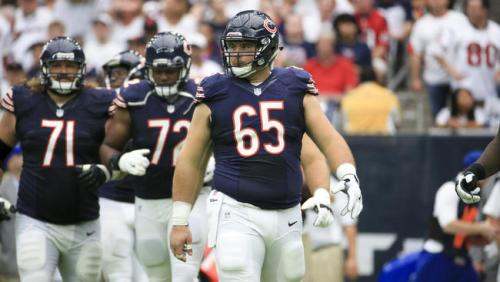 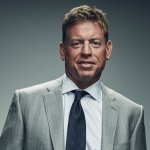 Minnesota used to be one of the top defenses in the entire NFL. Now they’re down to 12th. What happened? For one thing, the Vikings defense was hurt by the offense. The Vikings offense’s inability to sustain drives and hold onto the ball put their defense at a disadvantage. Another thing was the loss of starting Pro Bowl safety Harrison Smith. Without him, Minnesota has struggled. Let’s see if QB #12 Matt Barkley can atone for his miserable 5 interception performance from last week against what should be a much tougher defense (on paper) in Minnesota.

This may be the hardest prediction of the season based on the motivation of both teams and the strange roller coaster of a season that the Vikings have ridden to a 7-8 record. Minnesota is favored by 5 points. Overall they are the better team. They are at home where they have a 4-3 record. Chicago is winless on the road this year (0-7). The Bears have only 3 wins on the season (Minnesota, Detroit, and San Francisco), all at Soldier Field. I don’t see the Vikings losing both games to Chicago in one season. If there is any motivation in this game, it’s that the Vikes don’t want to “go out like that” against a division rival in front of their home fans on New Year’s Day. Plus, they’re just simply better.