Naturally, I’m looking forward to the game today. The matchup is intriguing for many reasons, especially because of the traditional “#1 offense vs #1 defense” aspect. Atlanta’s scoring offense is #1 at 33.8 ppg. New England’s scoring defense is #1 at 15.6 ppg allowed. We have the old “somethings gotta give” theme. Defense wins championships, right? You can’t win without scoring points but obviously New England has an offense too. It’s not like Tom Brady will just be going through the motions out there this evening assuming his defense will shut out Atlanta. What usually happens in these “one vs one” matchups is the game ends up being decided by the other units that aren’t previously being discussed. In this case, can Atlanta’s defense make a statement tonight? Can they pressure Tom Brady? In Brady’s two previous Super Bowl defeats, it was the New York Giants defensive line that provided a dominating push up front to disrupt New England’s offensive line. Will DE #44 Vic Beasley and his buddies get a few sacks, a la Von Miller and the Denver Broncos, in last year’s Super Bowl 50 victory over Cam Newton and the Carolina Panthers? Will the Falcons grab some takeaways against Brady and company? Can Falcons KR/PR #14 Eric Weems channel his inner Devin Hester to help the Falcons special teams flip the field like Hester did for the Chicago Bears in Super Bowl XLI ten years ago? Remember that opening kickoff return by Hester for a touchdown that brought Chicago fans to their feet? Maybe Weems can provide that same spark for Atlanta today.

Don’t sleep on special teams. These close games are usually decided by kicks, both field goals and PAT’s, which are now much longer at 33 yard attempts vs the traditional 20 yard attempts that existed for the first 95 years of the NFL. And have you ever noticed in BIG championship level games that the scores usually end up really strange because of safeties, two point conversions, and missed PAT’s? Right? So look for a 19-8 game or something weird rather than the 17-10 “common” score.

Like many of you, I’ve seen some remarkable feature stories over the last two weeks about players in today’s game. Did you hear about Falcons K #3 Matt Bryant? He’s the oldest player in tonight’s game at age 41 (3rd oldest player in the league). The guy just made his first Super Bowl, helping Atlanta get there by making his first ever Pro Bowl. He converted 34 of 37 FG’s this year (4th most made FG’s in the NFL), along with 56 of 57 PAT’s. That’s pretty cool. I’m 41 years old too and I can’t imagine still playing a pro sport after all these years. Yeah, I know he’s a kicker but still….

How about Patriots WR #19 Malcolm Mitchell…..have you heard this guy’s story? This young, humble rookie out of Georgia wanted to learn how to read better so he joined a women’s book club after meeting a woman at Barnes & Noble. This guy actually joined the Silverleaf Book Club while he was in college in Athens, GA joining mostly older women to talk about a romance novel called “Me Before You”. Good for this young man. It takes guts to put yourself out there in the name of self-improvement. Talk about humility. 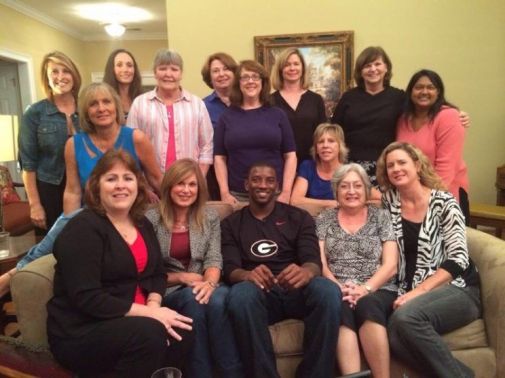 And how about Patriots safety and special teamer #43 Nate Ebner! Have you seen this guy’s amazing story? He’s a 27-year-old former walk on football player from Ohio St. However, that’s only part of the story. This dude is also a rugby player. In fact, Ebner just played on the US National Rugby team in the 2016 Summer Olympics! I saw a video feature on ESPN’s “E:60” show about Ebner. He lost his dad in 2008 in a hideous murder during an attempted robbery. Now Ebner dedicates his career and his life to his father, whom he grew up following as a rugby player. Ebner is 100% committed to idolizing his dad as his role model. What an amazing guy to cheer for in Super Bowl 51! 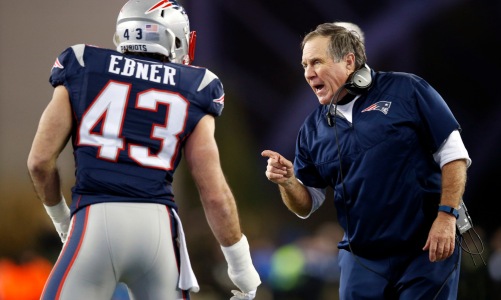 Usually I have a favorite to cheer for (or against) but this year’s game has me perplexed with no real affiliation. I may be leaning toward cheering for Atlanta just because they are the underdog and have never won a Super Bowl in franchise history whereas New England has won the Championship four times already. However, I’m no New England hater. Overall, I think the Patriots are the better team and will come out victorious, giving Coach Bill Belichick and QB #12 Tom Brady their 5th Super Bowl Title.