The Chicago Bears (3-8) host the San Francisco 49ers (1-10) on Sunday at Soldier Field. Last year the Bears destroyed San Fran 26-6 at Soldier on a cold, snowy day in December. Sound familiar? Well, this year the forecast doesn’t look snowy. However, it does look like a similar matchup between doormat teams that are searching, ever searching, for a return to glory. 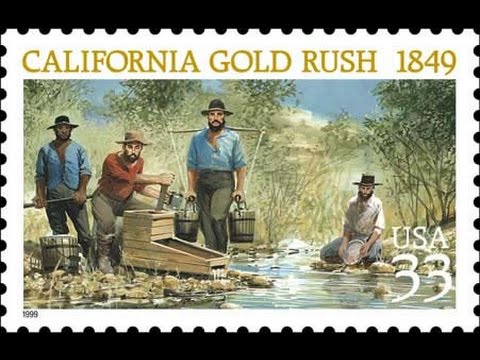 First, a little history lesson. In case you didn’t know, the 49ers are named after the great California gold rush of the mid-1800s. Americans flocked west in hope of discovering gold to be found in the Sierra Nevada Mountains just east of San Francisco. Gold was first discovered in 1848. As word spread, people began racing to the high hills of California. In 1849 as many as 300,000 Americans from all across the land moved to California in search of their own pot of gold. These transients were called “49ers”. So the NFL’s San Francisco franchise named their team as a tribute to the settlers that shaped so much of their history.

Now back to modern football. Don’t forget these are two of the most storied franchises in NFL history. The lore never fades, despite the years and years of mediocrity accruing for both teams. At least this year both squads have young quarterbacks to inspire hope for that return to glory. Bears QB #10 Mitch Trubisky will be starting his 8th game (2-5 so far) while the 49ers counter with recent acquisition Jimmy Garoppolo who will be making his first start in a San Francisco uniform. Previously, he started two games for New England in 2016 before being traded on October 30 for a 2nd round pick in next year’s Draft.

Jimmy is from Arlington Heights, IL and played his high school ball at Rolling Meadows HS before moving on to Eastern Illinois University. So this is a homecoming of sorts. What better day to make a team debut than in the city where it all began? Now in his 4th year, Garoppolo has played in 18 games total, starting just those two games while Tom Brady was under suspension last year.

We’re happy for Jimmy but………expect victory for Chicago on Sunday. The Bears are better than their record indicates. Sure there have been a couple bad losses, like last week at Philly. But more often than not John Fox’s crew has been competitive right down to the last possession. With a couple breaks and few more plays made by a young, injured team and this Bears team could easily be 5-6 or even 6-5. Think about it. Opening week vs Atlanta……..4 goal-to-go chances to win the game but……no, a 23-17 loss. Week 5 vs Minnesota…..a 20-17 loss. Week 10 vs Green Bay……..a frustrating but tight 23-16 loss. Again the next week, an exasperating 27-24 loss to Detroit in Week 11. That’s four close losses. If you get another play, another kick by a bum kicker, another big play made by a veteran, or a referee that for once doesn’t hose the Bears………Forget one or two of those games. Can you imagine getting all four? Then we’re talking playoffs here in Chicagoland with a 7-4 record. I know! It sounds crazy but it’s not that far of a stretch. This team could be 7-4!…….certainly 6-5 or 5-6. Oh well, it’s a shame. Woulda’, coulda’, shoulda’……….

According to the NFL yardage stats, the Bears offense is 29th in total offense, 31st in passing, 8th in rushing, and 29th in scoring at 16.1 ppg. Aikman’s Efficiency Ratings (AER) has the Bears rated as the 26th best offense.

Don’t get me wrong. The Bears offense isn’t going to blow anyone’s doors off, but this 49ers defense is God-awful! They stink! EDGE: Chicago offense

Bears defense is 12th overall in the NFL yardage rankings, 12th against the pass, 16th against the run, and 15th in points allowed at 22.9 ppg. AER has Chicago’s D as the 9th best.

Meanwhile, the 49ers offense is 21st overall, 17th in passing, 23rd in rushing, and 28th in scoring at 17.0 ppg. AER has the 49ers as the 23rd best offense in the NFL. Of course, those stats have been accumulated with QB’s other than Jimmy Garoppolo, so who knows exactly what will happen on Sunday.

Once again, the Bears defense will have an edge as they are not only playing against a sub par offense but they are facing a team with a first time starting QB. CLEAR EDGE: Chicago defense

This week we’re not identifying an individual. Rather we’re going to identify the entire team. Watch for a confident, aggressive Bears team playing at home in a game they know they can and should win on Sunday. 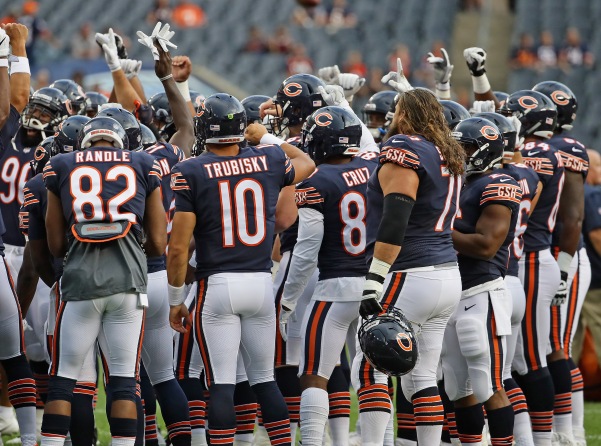 The Dutch Lion thinks the Bears are probably better than their 3-8 record indicates. Their playoff hopes are over for this year, but Chicago is gonna go out there with something to prove on Sunday vs San Francisco. In a way, many of these players are playing for their futures not only here with the Bears but they are auditioning for an NFL job wherever it may arise. They are also playing for their Head Coach John Fox. Many fans and media are ripping on Fox but the inside scoop tells us that he is a wonderful motivator in the locker room and the players love playing for him.

Throw in the fact that San Francisco is starting a brand new quarterback and this Bears team should be hungry and confident. As of Thursday’s Chicago Tribune, the Bears are favored by 3 points. The Aikman Ratings have the 49ers as their 30th overall team while the Bears come in at 23rd. While that’s not a huge advantage, I can feel a victory on the horizon. Take the Bears to cover the points.