Gary “The Gut” Goombah is back with a super-sized column of college football bowl betting advice. Despite a season spoiled by many “bad beats”, Gary is confident that his wide-ranging bowl picks will send you into the offseason with gobs of spending money, income-tax-free of course (the IRS is our pal), if you should follow his advice. “Are you my pal……..Danny? Ummmm? Ummmmm?”

We’ll start with this Saturday’s (12/23/2017) bowl games and make selections for all 29 remaining bowl games including the National Championship which concludes the college football season on Monday, January 8, 2018. Obviously we’ll recap our picks during that week leading up to the Championship game and give you a pick on who will be Champ once the semifinals have been played on New Year’s Day. So sit back, relax, and strap it down!

First let’s recap what happened with Gary’s Conference Championship Weekend selections and give you his season composite standings.

Big 12 Championship : #3 Oklahoma Sooners (-7) over #11 TCU Horned Frogs – Gary and I were both surprised to see this point spread so low. One touchdown? That sounds too easy for the high-powered Sooners…..PICK Oklahoma! RESULT: OU won by 24 points, 41-17. BIG WIN!

SEC Championship : #6 Georgia Bulldogs (+2) over #2 Auburn Tigers – This time, Georgia gets revenge. “The Gut” and I both agree to lay down big money and PICK GEORGIA huge! RESULT: Georgia proved us right, winning by 21 points, 28-7! RESULT: HUGE UPSET WIN!

ACC Championship : #1 Clemson Tigers (-9) over #7 Miami Hurricanes – You know what they say about defending champs? They say they never give up easy. You know why? Just remember what Houston Rockets HC Rudy Tomjanovich said back in 1995 in that gravelly voice of his, “Don’t ever underestimate the heart of a Champion”. The Gut says, “PICK CLEMSON”! RESULT: Clemson proved us right, dominating by 35 points, 38-3. HUGE WIN!

B1G Championship : #8 Ohio St. (-5) over #4 Wisconsin Badgers – If you’ve read any of the previous Gary “The Gut” columns, you know what he thinks of the stinking Badgers. Finally, finally we have a tough game for Wisky (12-0). This time they need to beat the Ohio State University (10-2) in Lucas Oil Stadium for a shot at all the marbles in the CFP Playoff. “The Gut” is thinking something like Ohio St. 27 Wisconsin 17. PICK Ohio St. RESULT: “The Gut” was prophetic. Ohio St. won by 6 points, 27-21. TIGHT WIN! 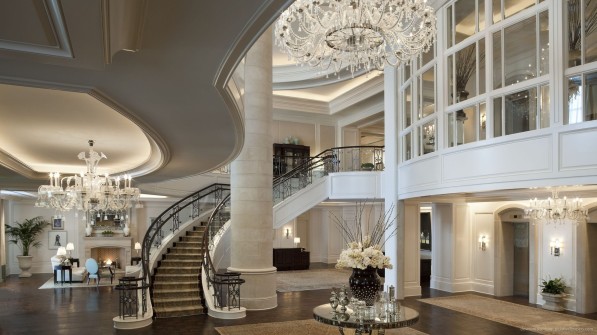 Cactus Bowl : UCLA Bruins (+2.5) over Kansas St. Wildcats – * This pick is contingent on Josh Rosen playing. If he does NOT play, pick KSU.

Independence Bowl : Southern Miss Golden Eagles (+17) over Florida St. Seminoles – This is a large spread. Are FSU’s athletes that much better? Jimbo Fisher just left for A&M. FSU will probably win, but 17 points are too many for “The Gut”. PICK Southern Miss.

Camping World Bowl : Oklahoma St. Cowboys (-4) over Virginia Tech Hokies – This is the 1st Bowl with two ranked teams facing off, on Thursday, 12/28. I guess you could say Bowl season REALLY kicks off here. Reportedly VTech WR Cam Phillips will not play. He was a huge part of their offense. To “The Gut”, this is important insider info. PICK Okie State!

Holiday Bowl : Michigan St. Spartans (+1) over Washington St. Cougars – We like Wazzu, but they have not one but TWO starting WR’s out for this game because they have been kicked off the team! For a big-time passing team like the Cougars, this will ultimately hurt them. “The Gut” says, PICK MSU!

Music City Bowl : Kentucky Wildcats (+7.5) over Northwestern Wildcats – “The Gut” has been ripping on Northwestern (9-3) all season. Why stop now? They’re not that good. They’re more like 6-3-3 ‘good’ with an easy schedule (3 wins were from OT’s, which are really glorified old-school ties). This game reeks of SEC dominance down in the Deep South city of Nashville, TN. Gary says “Pick Wildcats, the Kentucky fried version, especially as they’re getting 7 points PLUS the hook.”

Cotton Bowl : USC Trojans (+7.5) over Ohio St. Buckeyes – This truly is one of the more intriguing games of the season. We have the Pac-12 Champs vs the B1G Champs. This should be in the Rose Bowl, except that the CFP Playoffs take place in the Rose this year. Therefore, the Cotton receives the spoils and this is a fun one. Gary says PICK Southern Cal to keep it closer than 7 and the hook.

Taxslayer Bowl : Louisville Cardinals (-6.5) over Mississippi St. Bulldogs – Louisville has a great quarterback, 2016 Heisman Trophy winner Lamar Jackson. They also have the support of Gary “The Gut” Goombah who knows that Miss St. was good, largely because of their QB Nick Fitzgerald, who is out for this game with a broken ankle. Therefore, pick Louisville. PS President Trump and the GOP love this Bowl! Slaying taxes? What’s NOT to love!

Liberty Bowl : Memphis Tigers (-4) over Iowa St. Cyclones – Memphis gets to play this game in their home stadium, the Liberty Bowl Memorial Stadium. A home game in a bowl game? That never happens! (Uhhhh, did you forget about all those National Championship Orange Bowl games that Nebraska had to play vs Miami AT Miami? Geesh, talk about unfair. Don’t get me started!)

Fiesta Bowl : Penn St. Nittany Lions (-1.5) over Washington Huskies – This should be entertaining. This game could go either way. Pick a team and enjoy!

Orange Bowl : Miami Hurricanes (+5.5) over Wisconsin Badgers – Home games in bowl games? That never happens! (Uhhhh, here we go again. Miami is back in their Hard Rock Stadium Orange Bowl with the smoke, the home crowd, etc.) Look for the ‘Canes turnover chain to intercept QB Alex Hornibrook more than once and keep this game closer than the experts think. They may even win straight up. Call Gary’s 1-800 hotline for further info (1-800-PICKAGAINSTWISKY)

Peach Bowl : UCF Knights (+9.5) over Auburn Tigers – Head Coach Scott Frost was just named AP Coach of the Year. Congratulations! He gets one last chance with UCF before heading off to Nebraska. His Knights are 12-0 and looking for a perfect season. Auburn is 10-3 and probably overconfident. The pregame trash talk has already begun and you wonder how this will play out. Gary says PICK UCF and enjoy all those points.

Rose Bowl (CFP Semifinal) : Georgia Bulldogs (-2) over Oklahoma Sooners – This is your traditional ‘offense vs defense’ battle. As they say, ‘defense wins championships’. In this case, that means pick Georgia. The UGA D has been dominant all year. OU QB Baker Mayfield is amazing though, and won this year’s Heisman Trophy. Still, look for Butkus Award Winner LB #3 Roquan Smith to lead the ‘Dawgs defense to a dominating performance in the Rose Bowl. PICK UGA!

Sugar Bowl (CFP Semifinal) : Alabama Crimson Tide (-3) over Clemson Tigers – Chapter 3 shall be the rubber match between these two fantastic programs. Once again, this game could go either way but “The Gut” has a gut feeling. His gut tells us to PICK ‘BAMA.

That’s it for now. After the completion of the Sugar Bowl, Gary will be back for his final selection of the College Football season, the CFP National Championship Game!

Until then, look for an invitation to a huge New Year’s Eve bash at Gary’s lavish mansion estate. If you get there early he’ll even give you a tour of the lavish estate grounds in all their holiday magic.  Poinsettias, Christmas lights, water fountains galore! Pools, games, horse carriage rides, and even helicopter rides are possible if you know the right passwords. Here’s a hint, but you can’t tell the IRS. The password is………..TAXSLAYER! Merry Christmas and Happy New Year!